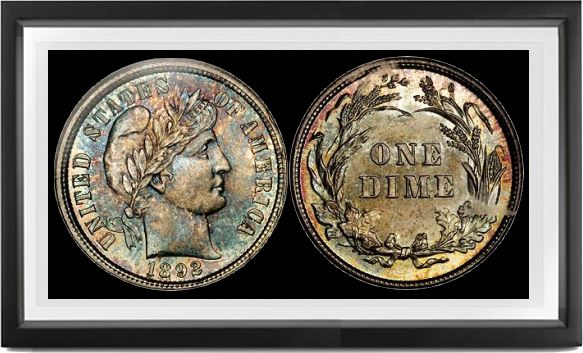 MINT DIRECTOR J.P. KIMBALL seemed prone to misunderstand wordings of Acts of Congress and attached meanings not originally contemplated by the legislators. Not only did he totally misunderstand the nature of pattern and experimental coins, but by assuming that the word “authorized” referred only to Congress in a clause of the 1874 act, he got the idea that no improvement of coin designs could be undertaken without further Congressional action. As a result, he induced his friend Senator Morill to introduce a bill, which became the Act of Sept. 26, 1890. This authorized the Treasury Department to change coin designs only after such designs had been in use 25 years.

Shortly afterwards, implementing Kimball’s ideas, the Treasury Department decided to hold a competition among ten of the best-known American artists for new coin designs, only to find that they (the artists) jointly rejected the terms, proposing far more favorable ones! Their complaint was that the prize money was too small to make competition worthwhile given the stringent limitations imposed by law on coin designs, that the time limit was too short, and that the nine unsuccessful contestants would have been expending enormous labor without compensation. As a result, the Treasury arranged for a public competition, to be judged by Augustus St. Gaudens, Henry Mitchell (the well-known Boston seal and gem engraver), and Mint Engraver Charles E. Barber. Most of the best artists in the United States boycotted the contest on much the same grounds as above. The Treasury circular of April 4, 1891, detailing the competition, drew about 300 entries none of which were judged worthy of the small prize offered, let alone of adoption on coins; only two were thought worth even an honorable mention. The new Mint Director, Edward O. Leech called the contest “too wretched a failure” ever to be tried again, and ordered Charles E. Barber to prepare new designs instead. Barber must have been feeling unusually lazy: he left the reverse design as it had been since 1860, with minor simplifications. For obverse, Barber made a mirror image of the Morgan dollar head, cropped off much of her back hair and concealed the rest within a proportionately larger cap. The assortment of vegetable matter at the brim was replaced by a plain laurel (?) wreath, and our national identity substituted for the old Latin motto, and punched his own initial B onto truncation of Ms. Liberty’s neck.

There are two major rarities in the series: the 1893/2, of which less than five specimens have been confirmed to exist, and the 1894 S. Only 24 specimens of the latter were reported coined as of June 30, 1894; all were Proofs, and to date seven are traced, one of them having been recovered from circulation in the 1950’s. There are several scarce O (New Orleans) and S (San Francisco) mints, the most elusive being the 1905 O with “microscopic” O—really a blundered die, the tiny O being from the punch properly used on quarter dollar reverses. To date no Mint State specimen of this variety has been encountered.

Click here to view our current inventory of Barber Dimes