Issued from 1907-1933, the Indian series was created by Augustus St. Gaudens the brilliant sculptor who was considered a genius in his day. The 1907 as well as the first issues of 1908, lacked the motto IN GOD WE TRUST because President Teddy Roosevelt had objected to the reference to God as blasphemous. However, he was overruled by the Legislature who insisted the motto be restored, and so IN GOD WE TRUST was added to the reverse in 1908. This series is always in hig demand due to its large size and low survival rate. 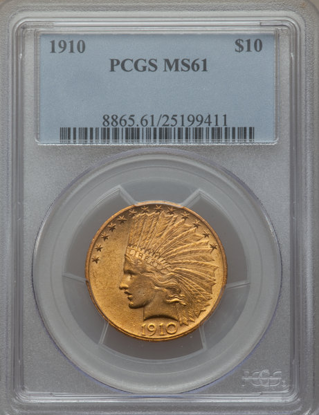 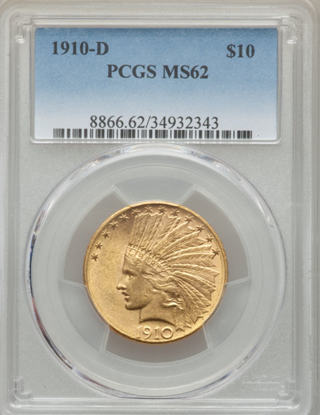 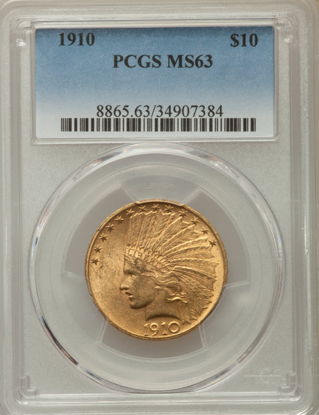 THE COINS OF THE NEW Bela Lyon Pratt design, portraying an unidentified Indian as a compliment to President Theodore Roosevelt, and using an ancient Egyptian technique of sinking bas-relief designs below the field, represented one of the fulfillments of "Teddy" Roosevelt's longterm aim of improving our coin designs " "my pet crime" as he used to call it. To this project we owe the magnificent St. Gaudens twenties and tens, the Pratt fives and quarter eagles, the Lincoln cent and ultimately also the buffalo nickel; after these splendid examples of coin design, the federal Fine Arts Commission could not wait to replace the tired old Barber and Morgan designs when their legal tenure expired.

Nevertheless, despite their obvious excellence, the new coins were severely criticized by traditionalists, two arguments being most often advanced: (1) they will not stack properly, and (2) they accumulate dirt and filth in the crevices. There is a modicum of truth " no more " to both claims; a more serious objection is that the mint marks quickly wear down or are weakly struck, but nobody thought of this last at the time.

As a result, some of the rarer dates like 1908 S ad 1909 O come so weak that the mint marks are difficult to read with certainty, and occasional 1909 O's are fraudulently imitated by altering worn examples of the common 1909 D.

A consequence of a different kind is the 1916 without mint mark. No Philadelphia mint issue of half eagles took place in 1916, yet at least two specimens are known without a visible S mint mark. These are generally thought to be 1916 S coins weakly struck so that the S does not show; as neither is Uncirculated, the question is moot, but the two 1916 S-less half eagles are in my view the rarest of all coins of this design.

Aside from these, the above mentioned 1908 S and 1909 O are the most difficult issues to find in Uncirculated condition, less than six being known of each in Gem State. The rarest date in business strike form is 1929. Prior to March 1944 the date was not particularly through of as rare, probably because of the mintage figure and because until then few people collected half eagles by dates. In an auction during that month, a 1929 was estimated at $25 but brought nine times as much; today they go well up into four figures. Careful management is responsible in part; at least sixty specimens have been dispersed from rolls since about 1949, one other roll of twenty being held intact. The market would absorb these quickly enough were the holder to disperse them at once, but in the last few decades one of the owners of these rolls was selling exactly one piece per year, so as not to lower the value of the rest.

No design changes are noticed during the entire period, though Mint Engraver Barber did " contrary to presidential and other orders " make a variety of minor alterations between Pratt's original models and the slightly watered-down version found on the coins.

Proofs were made in Philadelphia of all years, 1908-1915, in small quantities " the largest mintage being 250 (1910). All are much rarer than their reported mintages would suggest, presumably because some were mistakenly spent as regular issues by relatives or heirs, others were turned in during the gold recall of 1934, and many of the 75 minted in 1915 (with some unsold Proofs of 1914) were melted in January 1917 at the Mint. These Proofs are of the matte or sandblast kind, 1908 and 1911 being considerably darker in color than later years, 1909 and 1910 of the "Roman Gold" finish (satiny), 1912-15 showing millions of sparkling facets under a glass, each year varying slightly from the next. All have much greater sharpness of relief detail than the norm, together with knife-rims or "wire edges" on both sides. 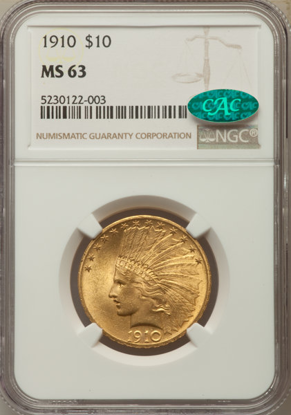 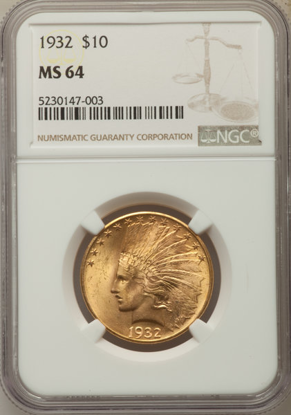 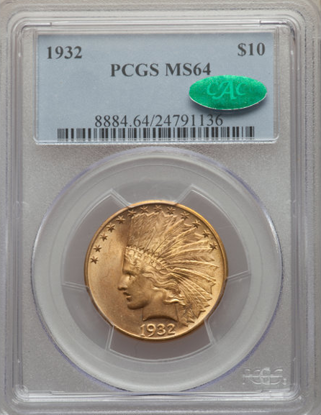 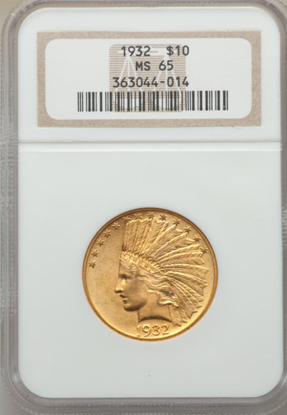