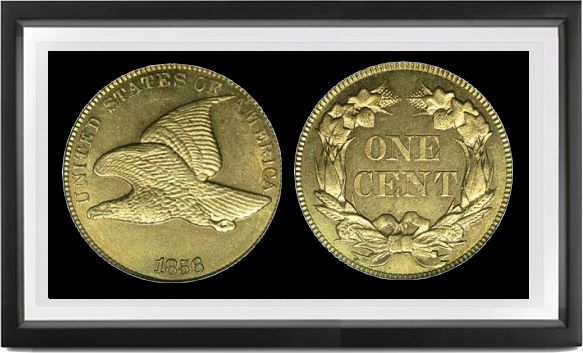 BEGINNING ABUOT 1850, the Mint found that the large copper cents were increasingly unpopular. Many bank and merchants refused them, which they could do as the coins were never legal tender (though oddly enough they now are!). They were criticized as quickly becoming filthy, as ugly, as too heavy. Some stores would accept them only at a discount, quoting the same items differently according to the kind of money tendered for payment. By 1851-53, the 1795 situation had come round again: every 100 cents cost the Mint over $1.06 to coin.

As early as 1837, a New York City dentist, Dr. Lewis Feuchtwanger, had proposed his own alloy (a form of German silver, containing copper, nickel, zinc, ton, antimony, and traces of other metals, but never uniform enough to suit the Mint) as an alternative to copper. His motives may be fairly judged by his offer to supply the Mint with unlimited quantities of his metal at a suitable price. This was at a period when copper cents were hoarded and private token circulated freely along with irredeemable bank notes and merchants' scrip. In 1850 some experiments began on a proposal to issue ring-shaped billon (10% silver, 90% copper) center; nothing came of them. A year or so later, enter Joseph Wharton, at that time the monopolist of nickel mines in the Western Hemisphere, with a serious of phamplets proposing his metal (which then has no known commercial use) for coinage, Late in 1853, when the Mint's difficulties in procuring copper blanks had reached emergency levels, Mint Melter and Refiner James C. Booth (one of the foremost chemists of his day) proposed two modified version of Feuchtwanger metal, the lighter 40% nickel, 40% copper, 20% zinc, the darker 30% nickel, 60% copper, 10% zinc, and later on a third with 40% nickel, 60% copper. The ternary alloys, when bright and new, were confused with silver, and when dulled they respectively resembled tin and lead " raising the fear of counterfeits in those metals. The copper-nickel alloy was impossibly difficult to melt, roll, cut into blanks and strike (the blanks were hard enough to damage dies), explaining the name nickel " originally Kupfer-Nickel, "Devil's Copper," requiring the fiercest fire even to melt. Wharton's friend, Mint Director J.R. Snowden, advocated an alloy of 88% copper, 12% nickel at 72 grains weight for the new cents. In July 1856 he sent the Treasury some 50 half cents struck on these blanks, and his congressional friends accordingly pushed through a bill (Act of February 21, 1857) authorizing the new coinage. For design, the obverse was Longacre's reduction of the Gobrecht flying eagle; the reverse was his wreath first used on the $3 gold piece. About 800 were struck in 1856, at least 485 being sent to various officials, others reserved for collectors; more were restruck in ensuing years, possibly as many as 1,500 total. Not all restrikes can be told from originals. A hoard of 531 pieces survives in the Col. John A. Beck estate, along with over 100 $50 slugs, in the vaults of the Mellon National Bank, Pittsburgh.

On May 25, 1857, when the new cents were ready, the Mint people paid out bags of "nicks" or "nickels" (the universal name for these coins) in exchange for old copper cents and for worn-out and/or cut-up Spanish, Mexican and other foreign silver, which had been legally current until then. Block-long lines of people queued up to make the exchanges. Thousands of little coins were saved as souvenirs, and Uncirculated specimens " mostly weakly struck at the eagle's tail and the wingtip and parts of the wreath " are plentiful at a price. Dies were completely hubbed except for dates, and varieties consist largely in recut dates on 1857=8, large and small letters (new obverse hub) in 1858, and an overdate, 1858/7 large letters only, this last being very rare as the die was quickly reground to efface it; Uncs. Have sold at prices comparable to the 1856. Proofs of 1857-8 are many times rarer than those of 1856 and are finally becoming recognized as such. There are two reverse hubs, with high or low leaf adjacent to C of CENT and difference in the vein patterns of the maple leaves at upper left and right; the low leaf is rarer on 1858 large letters, scarcer on the 1858 small letters, than the high leaf type.