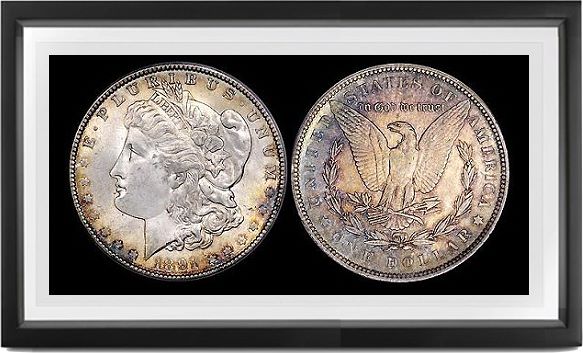 WHEN THE MINT ACT OF FEBURARY 12, 1873 became law, the powerful Silver Mine Owners’ lobby began to protest the discontinuance of the silver dollar and the limited legal tender of the trade dollar. Both provisions lessened the amount of silver the mints had to buy for coinage. In actuality, almost no silver dollars had circulated since 1853; each was much heavier than two halves, and they were bought up for remelting as bullion. 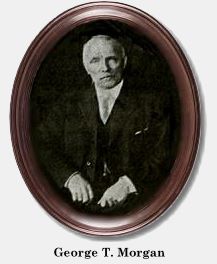 But by 1873 the pendulum was beginning to swing the other way: Germany had adopted a gold standard and thrown over 8,000 tons of silver on the market; then came enormous discoveries of silver in Nevada. Both events lowered the market price of silver reckoned in gold dollars. Dentistry and the jewelry trade used only tiny quantities; silver’s major use was in coinage. The silver lobby thus began exerting pressure to pass laws which would force the mints to buy large amounts monthly for coinage only into silver dollars. (Trade dollars were heavier still, but their limited legal tender restricted demand for them to importers in the China trade.) 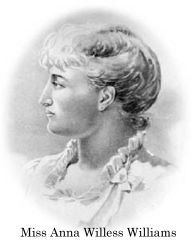 This design portrayed Miss Anna Willess Williams, a schoolteacher, as Ms. Libery; Morgan, with difficulty, persuaded her to be his model, and she sat for him five times at the home of the illustrious painter Thomas Eakins, under promise of strict secrecy. (The story was given out that the head was of a “Greek figure” at the Philadelphia Academy of Art.) Nevertheless, some years later a newspaperman recognized her as the model, for which reason (as she feared) she did lose her job.

Silver continued to decline. By July 1890, Congress was under extreme pressure to do something to support the silver market. The result was the transcendentally stupid Sherman Act, ordering the Treasury to buy 187 ½ tons of silver monthly for dollar coinage only, paying in Treasury notes redeemable in gold. Inevitably, by 1893 the Treasury bulged with silver dollars which circulated little, which bought less than gold coins (or even, sometimes, than paper!), while almost empty of gold and facing the need of meeting international obligations payable only in gold—thus facing bankruptcy. Wall St. suffered a collapse, and millions were jobless and hungry. 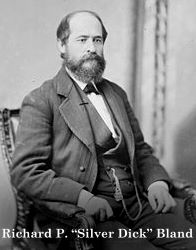 President Cleveland called Congress into special session to repeal the Sherman Act, which it did only over Bland’s violent protests, November 2, 1893. Dollar coinage was much smaller thereafter; no more bullion was bought for it, and the existing stocks earmarked for dollars were exhausted by 1904, ending Morgan dollar coinage. ‘The 1896 and 1900 presidential campaigns centered around the silver versus gold issue, which nobody understood; the public elected McKinley because it feared Bryan would bring about another Sherman Act and another panic like that of 1893.

Rarities in the Morgan dollar series result not from tiny mintages (aside from the Proofs of 1878 Seven Tail Feathers and 1921) but from wholesale meltings after 1918, which disposed of about 2/3 of the original mintages including most of the rare branch mint coins and all the 1895 business strikes. Varieties are of many kinds, some of great rarity: hub changes in 1878, overdates (1880/79 and 1887/6 of different mints), over-mint-marks, and the famous Seven over Eight Tail Feathers coins, in which 50 reverse dies were corrected.

The Pittman Act (1918) authorized purchase of silver bullion to replace some 270,232,322 melted dollars. Under this authority, dollars were made dated 1921, the last Morgans. To console Farran Zerbe for unavailability of the promised Peace design, the Mint Bureau let him have at least 24 Proofs, a second batch being made for Philadelphia coin dealer Henry Chapman—thus with the Morgan dollars’ dying gasp creating one of the major twentieth century rarities.

Click Here to view our current inventory of Morgan Dollars